The Chemistry of Prayer

Prayer, what is it? Webster’s says it is…

For most non-Christian religions and even some Christian ones, it is a ritualistic expression of obedience to an unknown or unknowable God. A monologue with something beyond themselves. And yet over half of the world claims to pray daily and 75% say that prayer is an important part of their daily life. I would dare to say that almost everyone prays or has prayed at some point, even if it is just saying “Oh my God!” or “God help me,” without thinking, in a moment of crisis or stress.

But for many Christians, the focus of this blog, prayer is indeed an essential. For us, it is a dialogue with our Savior; open, continuous communication with the one we love and the one who loves us. Paul says in 1 Th 5:16-18 (NKJV) – “Rejoice always, pray without ceasing, in everything give thanks; for this is the will of God in Christ Jesus for you.” 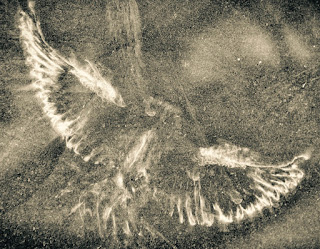 Prayer is communication with God, who is, by definition, outside of our space-time continuum. He exists everywhere, not just in the physical world, so He cannot be quantified by physical scientific measures. We see that when we say that the world was created by God, juxtaposed to Evolution and the Big Bang. Science can create theories and perform tests and study these terms because they exist fully inside our physical existence. A Theory of God cannot be tested, nor can prayer be fully examined and quantified by science as it is partially in that realm of God and partially in our physical realm.

Scientific studies examine what happens when, as an example, drug A is given to Patient B with disease C and then a certain outcome is expected when all the variables are accounted for. When a study looks at anything outside the physical universe, the variables can’t even be known, let alone accounted for in total.

But science has tried and will continue to try as this is the nature of man, to want to know and understand his world, with or without God. Because prayer crosses over from our physical world into the spiritual world, we can “test” that part which lies with us, but because we cannot test it all, our answers may not satisfy nor be complete.

Scientific (and not so scientific) studies have been conducted for centuries attempting to quantify the effects of prayer, focusing on physical healings. Are the sick or injured comforted by prayer? Are they cured? Do miracles really happen? Individual prayers, group prayers, specific prayers derived from Scripture, and free form prayers have all been tested.

Recent studies on prayer have had a focus within medicine. According to the Washington Post, "...prayer is the most common complement to mainstream medicine, far outpacing acupuncture, herbs, vitamins and other alternative remedies." In much of the scientific research when people learn they have been prayed for, many say they feel comforted, both physically and emotionally.

An article, printed in the Indian Journal of Psychiatry in 2009, where numerous clinical trials involving prayer were studied reported on the efficacy of prayer in healing. The authors share evidence from studies where prayer was effectual, where it had no impact and where it actually appeared to be detrimental to the prayed for subjects. In their work, the authors report that this line of scientific research has led nowhere, and that future research, if any, will forever be constrained by the scientific limitations that they outline in their article. They conclude:

“Where does this leave us? God may indeed exist and prayer may indeed heal; however, it appears that, for important theological and scientific reasons, randomized controlled studies cannot be applied to the study of the efficacy of prayer in healing. In fact, no form of scientific inquiry presently available can suitably address the subject. Therefore, the continuance of such research may result in the conducted studies finding place among other seemingly impeccable studies with seemingly absurd claims...”

“The aim of science is not to open a door to infinite wisdom but to set a limit to infinite error.” Bertolt Brecht, from the play: The life of Galileo.

One scientist proposed a study with a clear cut endpoint, prayer would result in the regrowth of an amputated limb. His thought was that this is something that can only be done by a power outside our physical world. He suggests if all the amputees in the world were gathered and prayed for over the course of a year, and monitored and tracked in a scientific fashion, if just one limb grew back, it would be proof.

But would it really? I think not! In Matt 12: 9-14 (NIV) the miracle of the man with a shriveled hand shows Jesus miraculously restoring the hand back to normal and the Pharisees not only did not believe, they went out afterwards and plotted how they might kill Jesus! I am sure the same would be true with the amputee study, it would be claimed as trickery or as a random though extremely rare event, unrelated to an act of God. There would be many who would not believe in this, nor any evidence that could be presented, that God exists.

Mankind has been praying since Adam and Eve. And though we may never be able to scientifically establish that God actually hears our prayers, recent scientific research suggests that prayer may be very beneficial.

In an entry in his Psychology Today blog in June of 2014, Clay Routledge, Ph.D. identifies:

These benefits are focused on how we relate with one another in an increasingly complex and stressful world. Although not specifically religious, they are valuable traits that help us live a better life. But in addition to these, the secular, religious and medical literature is abounding in extemporaneous examples of healings and answered prayer.

Just as physicians use individual case studies from the literature as a source for evidence of a new treatment or for alternative uses for older medications or procedures, so too can these examples be used as evidence for the power of prayer. Prayer may not be stated as the reason for the successful treatment or healing but when a spontaneous cure comes about, many times it is accompanied by prayer.

Could we take the experiment proposed above for amputees and turn it around? Might this be a better study? A review of the medical literature could be done to find “miraculous” healings – unexplained by expected science (or any physician could submit them), and then these cases could be examined to see if the subject of the “miraculous” healing prayed or was prayed for during their illness. I would suspect that most would have had prayer involved in the process but would skeptics be convinced? Most likely, as with the other experiment, the results would be brushed off as meaningless since, as stated above, 50% of all people pray daily and 75% consider prayer an important part of their lives. Just these sheer numbers make it improbable that prayer would NOT have been involved.

I am sure most of us who routinely pray or have friends who do so can expound on a story or two (or more!) of answered prayer. If the walls within the many prayer rooms and churches worldwide could speak, the stories would be endless.

To say that God does not answer prayers is like saying that He does not exist or He did not create the Universe. Although the proof does not neatly fit within the scientific worldview, I think the anecdotal evidence is overwhelming. Just as “the heavens declare the glory of God..." (Psalm 19:1 (NIV)), the sheer number of healings and miracles seen in the Bible (the words “pray” and “prayer” occur 259 times in the NIV) and in our world today declare that God hears His people when they pray!

Matthew 21:22 (NIV) - If you believe, you will receive whatever you ask for in prayer.
Romans 12:12 (NIV) - Be joyful in hope, patient in affliction, faithful in prayer.
Philippians 4:6-7 (NIV) - Be anxious for nothing, but in everything by prayer and supplication, with thanksgiving, let your requests be made known to God; And the peace of God, which transcends all understanding, will guard your hearts and your minds in Christ Jesus.
James 5:15-16 (NKJV) - And the prayer of faith will save the sick, and the Lord will raise him up. And if he has committed sins, he will be forgiven. Confess your sins to one another, and pray for one another, that you may be healed. The effective, fervent prayer of a righteous man avails much.
Posted by God's Chemistry Set at 2:10 PM No comments: