Hebrews 1:10-12 (NIV) - He also says, “In the beginning, Lord, you laid the foundations of the earth, and the heavens are the work of your hands. 11They will perish, but you remain; they will all wear out like a garment. 12You will roll them up like a robe; like a garment they will be changed. But you remain the same, and your years will never end.”

The end of the universe is not so well defined scientifically.

There is scientific support for a number of possibilities. The Big Crunch - a Big Bang in reverse - is one such scenario. It requires the mass of the universe and gravity to be just so, such that the expansion of the universe stops and everything collapses back on itself. Similar to this is the Big Bounce where the universe expands from the Big Crunch and a new universe is formed, possibly repeating endlessly.

In the beginning you laid the foundations of the earth,
And the heavens are the work of your hands.
They will perish, but you remain; they will all wear out like a garment.
Like clothing you will change them and they will be discarded.
But you remain the same, and your years will never end. - Psalm 102:25-27

Current science suggests a universe that is flat and infinite - it goes on expanding forever. This possibility eliminates the Big Crunch/Big Bounce. We discussed this in the last blog (Psalm 104:2). If this is true, then the universe will not just fall back on itself but will continue to expand forever. At some point it will reach a state of maximum entropy, a heat death, with the universe cooling to approach equilibrium at a very low temperature over a very long time period. 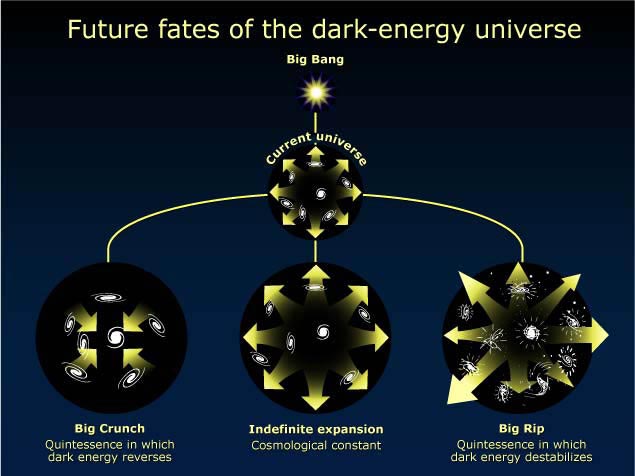 In this case the stars will all burn up and out, life will be impossible and the physical structure of the universe will become a soup of elemental particles. Much like wearing out like a garment!

Verse 12 also seems to mention these possibilities - the rolling up of the universe and the changing of the universe like the changing of a garment. This implies that God could create a new universe. But the main point in verse 12 is that God will always exist and is unchanging. This is inherent in His nature. And although this cannot be proved/tested scientifically, it is required as part of who God is.

The Bible teaches that someday this universe will come to an end and be replaced by a “new heavens and a new earth.” Science is now learning that at some future time, the stars will all burn out and the universe will end. For the earth and the sun, that has been calculated to be about 2 billion years from now. But life as we know it will cease much sooner than that as the sun expands to become a Red Giant star, engulfing the earth within in it.

We will look to Isaiah next:

Isaiah 40:22 (NIV) - He sits enthroned above the circle of the earth, and its people are like grasshoppers. He stretches out the heavens like a canopy, and spreads them out like a tent to live in.
Posted by God's Chemistry Set at 4:41 PM No comments: