Moving on to Isaiah to look at the Earth.

Isaiah 40:22 (NIV) – He sits enthroned above the circle of the earth, and its people are like grasshoppers. He stretches out the heavens like a canopy, and spreads them out like a tent to live in.

This verse has two parts but today we will just consider the first part - "He sits enthroned above the circle of the earth, and its people are like grasshoppers."

We have discussed the second part already, that the heavens are stretched out like a tent, most notably in Psalm 104:2

I could not do anything great or small
to go beyond the command of the LORD my God.
- Numbers 18:22b (NIV)

Even this first part can be divided into two. The first half talks of God existing in the heavens (above the earth, inside and outside of the universe), and the second part - "its people are like grasshoppers." - pointing to the vastness of space and the majesty of God, as well as the smallness of man and his numbers. 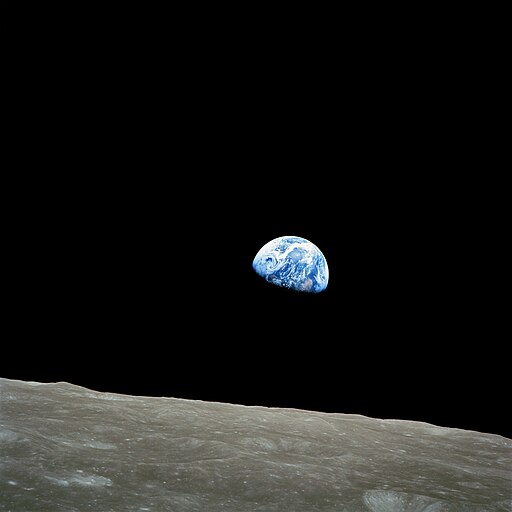 This verse proclaims the Earth as round (a sphere) as opposed to flat. The Hebrew word "chuwg" means circle or sphere. The timing of the authorship of this verse is between the 6th and 8th centuries BC whereas the scientific proclamation that the earth is a sphere was not until the 3rd century BC, although it was thought to possibly be a sphere dating from the 6th century BC.

Another verse also points to the earth as a sphere:

Job 26:10 (NIV) - He marks out the horizon on the face of the waters for a boundary between light and darkness.

Now lets look at the second part of this verse, "its people are like grasshoppers." This part looks at the insignificance of man in comparison to God. But we know that despite the seeming insignificance of man, God loves us and created us for a purpose. We see this in Romans.

Romans 8:39 (NIV) - Neither height nor depth, nor anything else in all creation, will be able to separate us from the love of God that is in Christ Jesus our Lord.

Thank you LORD for loving us!

Leviticus 13:45-46 (NIV) - “Anyone with such a defiling disease must wear torn clothes, let their hair be unkempt, cover the lower part of their face and cry out, ‘Unclean! Unclean!’ As long as they have the disease they remain unclean. They must live alone; they must live outside the camp.
Posted by God's Chemistry Set at 6:02 PM 1 comment: