The same is true for the solar eclipse we just witnessed on August 21st. The moon goes around the earth once every 28 days, yet we view a full moon as special and a solar eclipse as spectacular. The moon is between the earth and the sun, casting its shadow 13 times a year but only a couple of times a year does that shadow strike the surface and only once in the last century did that shadow cross the earth in a way that was so visible by so many. 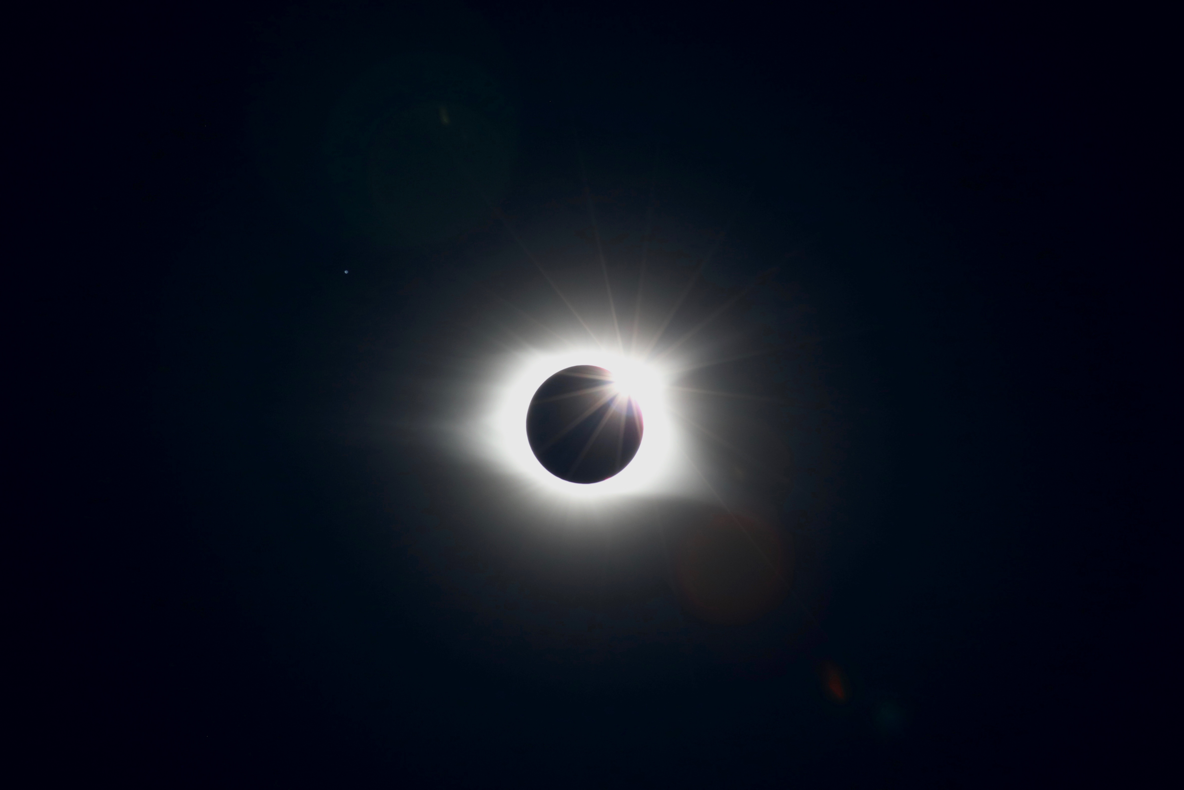 A solar eclipse happens two or three times a year on average and less than a third of these are total eclipses. Of those that are total, much of the eclipse is usually over water or in scarcely populated areas so when one occurs like this it is a major event, both publicly and scientifically. An eclipse like this will not cross the United States again until August 12, 2045 (one will pass over Texas to Maine on April 8th, 2024)!

For an eclipse to occur, several things must be in place. The moon must be large enough to cover the sun perfectly. It must be the right distance away, based on its size relative to the sun, and it must be in an orbit that passes directly between the sun and the earth.

Looking from earth, the moon is almost perfectly suited for making eclipses. The moon’s apparent size in the sky is essentially the same as that of the sun. So when the moon passes in front of the sun, the sun can be completely covered, but the corona is still visible.

If the sun were just a little bit bigger or the moon slightly farther away, total solar eclipses might never occur. But is this just a coincidence? Is it simply an accident of geometry that the apparent disk of the moon is almost exactly the size of the apparent disk of the sun? I think not. To me it is more like my car hitting 100,000 miles. My car was designed to drive that far and even though it seems like seeing that number on my odometer is a random occurrence, it is really a planned event, an expected happening.

A Total Solar Eclipse
Is it Just a Coincidence? Or by Design?

Now think about it. You can look on-line and find every eclipse for the past one thousand years and every one coming up in the next thousand. How can that be? It is because of the precise timing and motion of the planets that we can predict where they will be at any moment in history! The laws of physics can tell us where and when the sun, moon and earth will be in alignment to produce an eclipse, down to the second!

We know too that the moon is very, very slowly moving away from the earth so at some time in the distant future, there will be no total solar eclipses. We are living in a small window of time, relative to all creation, when these total eclipses are visible on earth.

So what does this tell me? Although it can be explained by the science of it all, the shear magnificence of it coming together – the moon being the right size and distance from earth with an orbit that goes between us and the sun, the precise predictability of the movements of such large celestial bodies, even when they are moving at 500,000 mph through empty space and the “coincidence” of it all. It shows me the glory of God in His creation!

Psalm 19:1-2 (NIV) - The heavens declare the glory of God; the skies proclaim the work of his hands. 2Day after day they pour forth speech; night after night they reveal knowledge.

Romans 1:20 (NIV) - For since the creation of the world God's invisible qualities—his eternal power and divine nature—have been clearly seen, being understood from what has been made, so that people are without excuse.